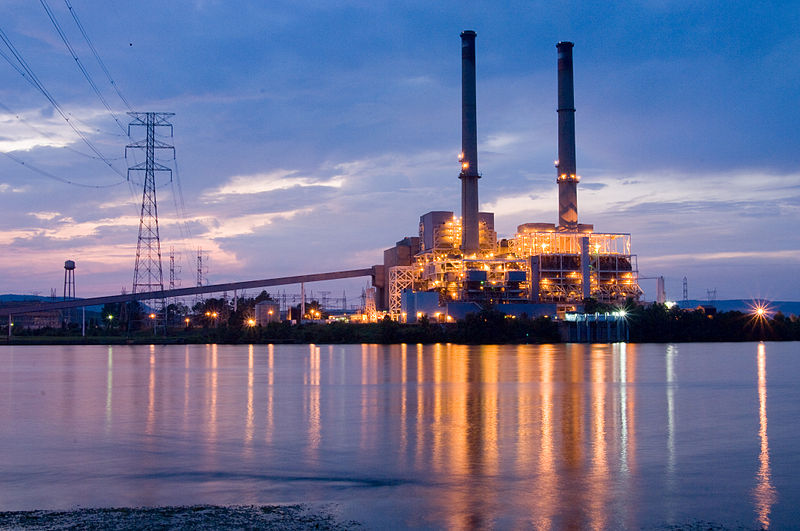 The Widows Creek Fossil Plant in northeast Alabama, currently run by the Tennessee Valley Authority (TVA) electrical utility, is scheduled to shut down operations in October 2015. Google plans to take over a portion of the site in early 2016, repurposing existing infrastructure to support a brand new, energy-efficient, $600 million data center.Google won’t be retrofitting the abandoned plant itself; the data center will be built nearby, on a 360-acre permanent easement on TVA’s land. But building so close to the old plant means the data center will have access to the web of high-voltage electrical transmission lines already in place. Given the power needs of even the most efficient data center, having those lines ready is valuable. Of course, the Widows Creek decision isn’t solely an economic one. Building on this site is exactly in line with Google’s carbon-neutral philosophy and green reputation.There’s powerful symbolism in transforming an old dirty coal-burning plant into a new, gleaming, green-powered data center, and that isn’t lost on Google’s executives. Gary Demasi, Director of Data Center Energy and Location Strategy for Google, said in the initial announcement that “The idea of repurposing a former coal generating site and powering our new facility with renewable energy – especially reliable, affordable energy that we can count on 24/7 with the existing infrastructure in place – was attractive.” It’s a smart move. The plant emits 2 million pounds of pollutants a year. Replacing it with a “green” data center makes Google look like a hero, even if it was scheduled for shutdown anyway, and the new data center will be on a different area of the property. Google is being green here, but looking even greener.Google has maintained carbon neutrality since 2007 by increasing the energy efficiency of its data centers and getting power from renewable sources when possible. As of 2013, they were running their operations off of 35% renewable sources. That means that they’re stuck with purchasing carbon offsets to keep their footprint at zero, but they’re very committed to their goal of eventually being 100% renewable-powered. Google already has investments in solar arrays and wind farms in the United States and Germany, and they’ve made an arrangement to increase the amount of green energy on TVA’s grid by supporting local renewable energy local projects. TVA itself has already been slowly phasing out coal and diversifying its power generation, including hydroelectric, solar, wind, and nuclear power. With Google encouraging more investment in local renewable energy, we can expect to see the makeup of the local energy profile change even more. Out with the old and in with the new, one data center, one power plant, one improvement project at a time.

Every day, thousands of Americans roll out of bed and begin their daily morning routine the same way: With a trip down the hall to the bathroom. As they brush their teeth, wash their faces and relieve themselves in the comfort of this indoor sanctuary, complete with plush towels, clean tap water and a flushing toilet, they’re typically not thinking of the people around the globe who never experience such luxuries. But the truth is there are 2.5 billion people globally who lack access to even the very basic necessities of sanitation, cleanliness and safe water — that’s twice the population of the U.S.World Toilet Day is November 19, and aims to raise awareness about the global issue of poor sanitation around the world. We ask: What would your life look like if you had to exist without access to clean water? To a hot shower? To a private, indoor toilet? Below is a peek at what this type of life might look like. In this scenario, we’ll take a look at how the daily routine of a young woman living in a major metropolitan area would be altered without access to clean water and sanitation.

In the past few years – ever since Tim Cook became CEO, really – Apple has been cleaning up its act on the environmental front. They’ve eliminated many toxins from their products, made them more recyclable, and have invested big bucks into clean energy and conservation. They have multiple solar installations, with more under construction, and have bought a forest the size of San Francisco in the US and will protect 1 million acres in China. They are also the big tech company that is furthest along in converting to 100% clean energy. Even Greenpeace is praising their “environmental leadership”. 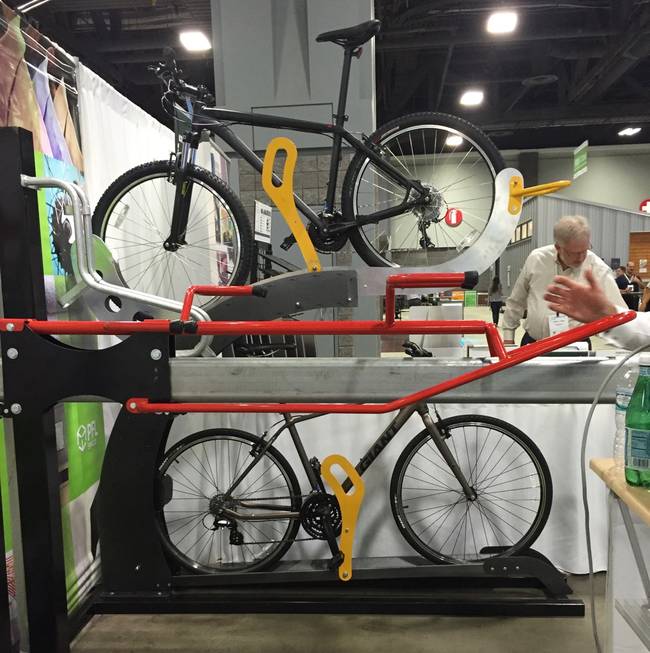 here are a lot of people out there who think that bike racks have nothing to do with green building, and still spout the canard that “you can get a LEED point for a bike rack” which you can’t. Well don’t bash the bike rack, because as Building Green recently noted in their awards, ” providing conditions that induce 5% of your employees to commute by bike saves as much energy making the building itself use 5% less energy.”However proper bike infrastructure is more than just an outside bike rack; it’s what Australian company PFL Spaces call “End of Trip facility (EoT) space”- from racks to lockers to showers, all those things that make it easy for a cyclist to securely store their bike indoors and then get changed into work clothes. However, while bikes take up a lot less space than a car, they do take up expensive real estate and there have been lots of attempts at double-stacking them. This means usually that someone has to lift what could be a heavy commuter bike up to above head height and stick it on the rack, which isn’t easy.